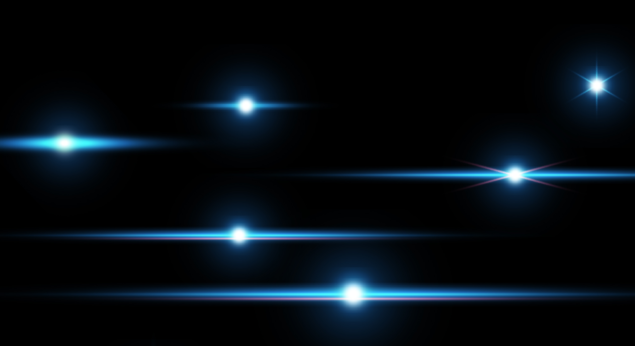 Physicists in China have fully entangled 18 qubits by exploiting the polarization, spatial position and orbital angular momentum of six photons. By developing very stable optical components to carry out technically demanding quantum logic operations, the researchers generated more combinations of quantum states at the same time than ever before – over a quarter of a million. They say that their research creates a “new and versatile platform” for quantum information processing.

Hans Bachor of the Australian National University in Canberra describes the work as a “true tour de force” in photon entanglement. “This team has amazing technology and patience,” he says, having been able to generate entangled pairs of photons “significantly” faster and more efficiently than in the past.

The decades-old dream of building a quantum-mechanical device that can outperform classical computers relies on the principle of superposition. Whereas classical bits exist as either a “0” or a “1” at any point in time, quantum bits, or “qubits” can take on both values simultaneously. Combining many qubits, in principle, leads to an exponential increase in computing power.

Physicists are now working on several different technologies to boost the qubit count as high as possible. Last year, researchers at the University of Maryland built a basic kind of quantum computer known as a quantum simulator consisting of 53 qubits made from trapped ytterbium ions. And in March, Google announced that it had built a 72-qubit superconducting processor based on the design of an earlier linear array of nine qubits.

However, quantity is not everything, according to Chao-Yang Lu of the University of Science and Technology of China (USTC) in Hefei. He says it is also crucial to individually control and readout each qubit, as well as having a way of hooking up all of the qubits together using the phenomenon of entanglement. Described by Einstein as “spooky action at a distance”, entanglement is what enables multiple qubits – each held in a superposition of two states – to yield the exponential performance boost.

Maximizing the benefits of entanglement involves not only increasing the number of entangled particles as far as possible but also raising their “degrees of freedom” – the number of properties of each particle that can be exploited to carry information. Three years ago, Lu’s was part of Jian-Wei Pan’s group at USTC, which entangled and teleport two degrees of freedom – spin and orbital angular momentum (OAM) – from one photon to another. In the latest work, they have gone one better and have entangled a photon’s spatial information.

The team begin by firing ultraviolet laser pulses at three non-linear crystals lined up one after another. This generates three pairs of photons entangled via polarization. They then use two polarizing beam splitters to combine the photons so each particle is entangled with every other, before sending each photon through an additional beam splitter and two spiral phase plates. This entangles the photons spatially and via their OAM, respectively. Finally, they measure each of the three degrees of freedom in turn. The last and most difficult of these measurements – the OAM – is achieved by using two consecutive controlled-NOT gates to transfer this property to the polarization, which, the researchers say, “can be conveniently and efficiently read out”.

Lu says that a significant technical hurdle was operating the 30 single-photon interferometers – one for the spatial measurement and four for the OAM of each photon – with sub-wavelength stability. This they did by specially designing the beam splitter and combiner of each interferometer and gluing them to a glass plate, which says Lu, isolated the set-up from temperature fluctuations and mechanical vibrations. The researchers also had to find a way of simultaneously recording all the combinations of the 18 qubits – of which there were 262,144 (218). To do this, they brought together 48 single-photon counters and a home-made counting system with 48 channels (being 23 channels per photon).

By successfully recording all combinations at the same time, Pan and colleagues beat the previous record of 14 fully-entangled trapped-ion qubits reported by Rainer Blatt and colleagues at the University of Innsbruck in 2011. Among possible applications of the new work, Lu says it could finally allow demonstration of the “surface code” developed in 2012 for error correction – a vital task in a practical quantum computer. Implementing this code requires very precise control of many qubits – and in particular, the ability to entangle them all.

Bachor says that the latest work represents a “great step” in showing the advantages of quantum technology over conventional computing. He believes that single-photon technology could play an important role in quantum cryptography and in ferrying data between processors within quantum computers. But he reckons that other technologies – perhaps trapped ions, semiconductor or superconducting qubits – are more likely to yield the first roughly 50-qubit computer capable of demonstrating major advantages over classical devices in executing highly-tailored algorithms. As to when that might happen, “a number of years’ time” is the most he will venture. “I won’t make a prediction,” he says.